Yesterday’s release of OS X Snow Leopard Build 10A411 to developers has sent those with access to the new version searching for changes since the last update. Given that the previous seed had occurred only five days earlier, the changes found so far in the latest build are unsurprisingly minor for the most part. Here are a few of the changes observed so far:

QuickTime X Interface: QuickTime X has been updated from version 10.0 (42) to 10.0 (47) and adds a new “glossy black” look to the navigation interface. 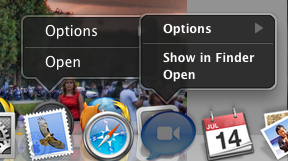 New Safari Build: Safari has been updated to version 4.0.3 (6531.4). There is no word on any visible changes since the previous build.